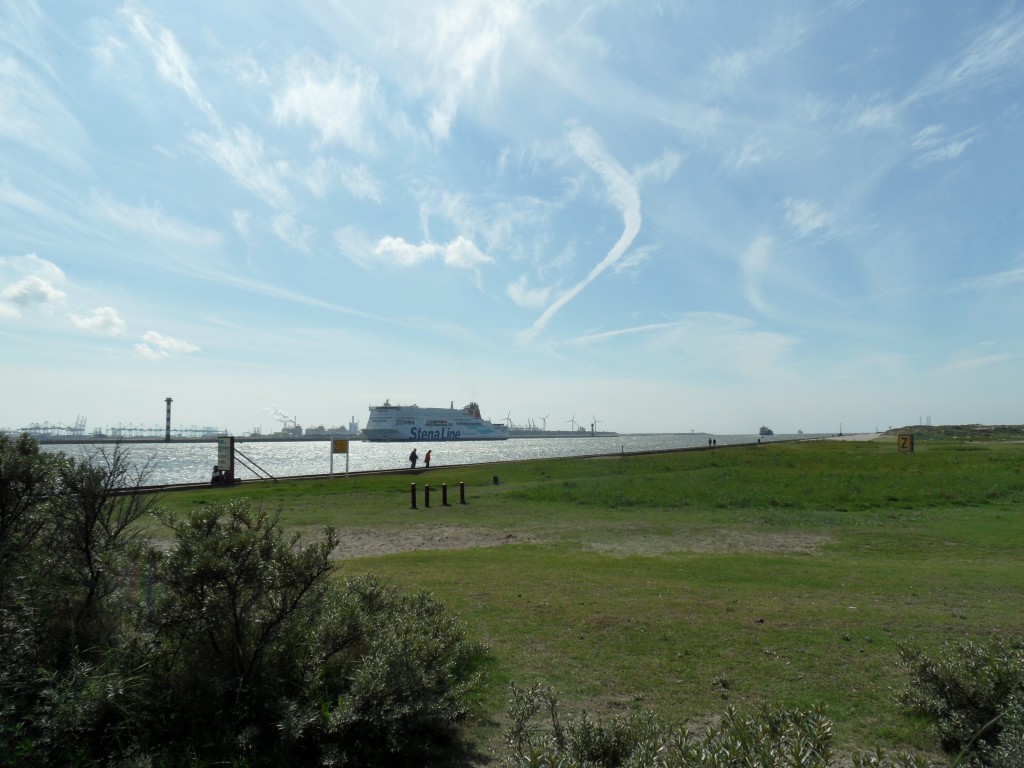 The first part of planning a tour is deciding how to get to your destination. If you live in mainland Europe then getting to Holland shouldn’t be hard. You could drive, catch a train or best of all cycle the whole way! Getting there from the UK is a bit more problematic, what with all that cold wet stuff in the way. There are 3 options worth considering really. Plane, boat or channel tunnel.

The tunnel means going via France so is by far the longest route, but if you have the time, what could be better than seeing France and Belgium on the way?

Going by plane can be a little cheaper than ferries, even with the cost of flying out your bike so it’s worth looking into. Its also probably the only viable option if you live further away than an overnight ferry journey. The catch is that your bike has to be packaged in a special bike box. Cardboard ones are available at fairly low cost but bare in mind you will need one for the return journey too! As a personal preference, I don’t like the idea of my bike being chucked in a cargo hold either, especially when it’s only protected by a cardboard box. Also bear in mind that you will probably have to pay to put your panniers in the hold as well as your bike, what with restrictions on size and weight for carry-on luggage.

If you are coming from far away then it will most likely be cheapest to hire a bike for the duration of your holiday. Bicycle hire in The Netherlands is very abundant, and can be very cheap for multiple day use. 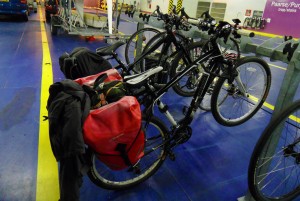 The bikes on the ferry

The UK to Holland transport of choice then is the ferry. A lot of people don’t realise that you can take a bicycle on a ferry without another vehicle to store it in or on. As it happens most ferry companies will transport bikes, but make sure to bring something to tie your bike up with as they often don’t supply anything to stop it sliding all over the place. The first time we went to the land of windmills and tulips we caught the Stenna Line ferry from Harwich port to the Hook of Holland. This was all very simple, we cycled on along with the cars and were directed straight to a set of bike stands. The stands allowed you to prop your bike up using the handle bars but that didn’t really strike me as sound enough to stay put anything but the calmest seas. There was a length of nylon there but not enough for all the bikes had the stands been full. As usual on these trips I had some rope with me, so that wasn’t a problem. We locked the bikes up with our cable locks too but this was more to hold them in place than for security. We also left our panniers on, as they contained no valuables and were rather heavy for us to be bothered with lugging them to our cabin.

Of course the other problem with leaving the UK is getting to the ferry in the first place. Depending on numbers the cheapest way to do this can be by train. Some trains require a reservation for bike but even if they don’t, see if you can make one anyway to avoid disappointment. Unfortunately some train companies will only allow you to book two bikes (I’m looking at you Virgin!) According to your website, both Pendolinos and Super Voyagers have 4 bike spaces, but for some reason when we tried to reserve 4 bikes we were told that we could only reserve 2 bikes and that we should call and ask the day before the journey if we wanted more! Hardly practical when there’s a ferry to catch, not to mention the journey back home!). As it happens this is true of the train from Birmingham to London and as there will be 4 of us on this tour we will have to drive to the ferry Port instead.

To get around the cost of storing the car at the port (which would cost a fair few doubloons) and short of parking the car in some random street at the mercy of thieving scallywags, we’ve used a website called parkatmyhouse.com. Essentially people rent out their unused parking space or driveway at a fraction of the cost of the ferry port or a public car park, and the one we found is only 2 miles up the road. For 10 days, ferry port parking – £85, parkatmyhouse.com parking – £30.